My friend Liliano Populizio told me a lot about mate over, can you guess?  Mate cocidos, in a café downtown.  I met Liliana in Italian class at the Dante Alighieri Association.  Turns out her great-uncle was Osvaldo Pugliese.  How amazing is that?  Life just does funny things, you know?  Like putting someone in your path, because you were meant to know each other, meant to be friends.

Osvaldo Pugliese was Liliana’s grandmother’s brother, on her dad’s side.  Pugliese and his wife Maria Concepción Florio (“Choli”) lived in Villa Crespo, a working class neighborhood not far from Barrio Norte. There’s a milonga in that barrio called Fulgor de Villa Crespo, and inside there is a little shrine to Pugliese with a photo and flowers.  We’ve danced there many times. 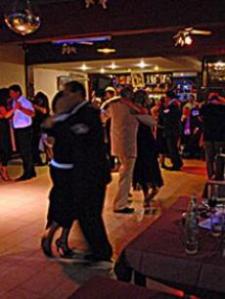 Pugliese was born on December 2, 1905.   His father Adolfo taught him violin at an early age, and he later studied at the Odeón Conservatory in Villa Crespo.  It was there he fell in love with the piano, and went on to make his debut into the world of tango at 15.  For those of you who don’t yet know one Tango orchestra from another, Pugliese was a celebrated pianist, composer and orchestra director.  Before forming his own orchestra in 1936, he played with other musicians including Alfredo Gobbi and Aníbal Troilo, and several other orchestras, including Angel D’Agostino, Roberto Firpo, Pedro Laurenz and Miguel Caló.  His first orchestra, organized in 1936 (with 3 bandoneons, 1 contrabajo, 2 violins and piano), debuted at La Nacional on Corrientes, where they were very well received.  So well, in fact, they headed off for a blazing tour of the country.  Apparently tango critics in the hinterland were not ready for Pugliese’s new sound, because the tour was such a disaster they had to pawn some instruments to get back home.  The next incarnation debuted in 1939, made their first recording in 1943 and continued, with occasional changes in musicians, for 55 years. 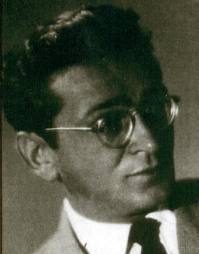 Some of Pugliese best-known tangos are Recuerdo, La Beba (named after his daughter Beba), Negracha, Malandraca, La Yumba.  He composed 150+ songs, and recorded more than 600 others.  His was one of the most highly-regarded Tango orchestras of the Golden Age of Tango.

In my research for this blog I found a website with some absolutely enlightened commentary on Pugliese’s music.  Keith Elshaw <ToTango.net> says it far better than my own rambling late-night scribblings:  “Pugliese influenced a change in the sound and feel of tango in each of five decades beginning with his first hit, Recuerdo (1921)…  His La Yumba in 1943 was like a revelation from on-high…  In the hard-core of Tango, Pugliese inhabits the axis.  He’s the hard stuff.  A 12-year-old single malt as opposed to a blend.  If his is an acquired taste, that alone indicates how deep into Tango people are.  A night without Pugliese for me is like trying to dance when the sound system is just a little too low and you can’t get into it.  You just wish they’d turn it up.  As it gets later in the night, I absolutely crave his music.”   Wherever you go to dance Tango… New York, London, Buenos Aires, Paris, Rome, Barcelona, Tokyo, Berlin… you will dance to Pugliese!  He was a Tango king!

Pugliese’s pro-labor, pro-communist views got him into trouble with the prevailing political powers of the era.  He was persecuted, censured and jailed for 6 years during the Perón era.  Liliano says that her great-aunt Choli took meals to her jailed husband every day, and also fed others who were incarcerated in the same area.  Apparently a lot of left-leaning artists, musicians, writers, professors and artists were thrown in jail by Perón, and they spent their days together… in a kind of involuntary never-ending political consciousness-raising workshop.  That would be a life-changing experience, to be sure.  Pugliese’s orchestra, famously, kept playing during his absence.  Hence the iconic picture of the rose on the piano, waiting for Pugliese’s return.

Liliana told me that her family is very musical, but that she is the exception!  Her aunt Beba also plays piano, like her dad.  Another musican in the family was Roberto Florio, a well-known Tango singer.  Liliana remembers her great-uncle very well.  He was always fooling around on the piano at home, but he found time to play with her, too.  Liliana has fond memories of her great-uncle.  They played a silly game where he would pull off one of her shoes and toss it, and she would run to fetch it.  Family get-togethers were never without musical accompaniment.

Pugliese received numerous distinctions, awards and medals during his long career.  He passed away in July, 1995.  His wife Maria Concepción passed away in 1971.   If you visit Buenos Aires you can see a bust of Liliana’s great-uncle, along with a caricature tango orchestra, in Villa Crespo.

We had a great time last night at Sin Rumbo.  What a fabulous milonga!  A classy place, elegant, the guys in jackets and ties, an authentic milonga porteña.  Black and white floor.  Perhaps the most authentic milonga, La Catedral del Tango!  The atmosphere at Sin Rumbo is so dense,  so rich in tango culture.  The walls are covered with original art, all of it about tango and especially about Sin Rumbo and the people who’ve danced there.  And those walls!  They’ve been watching people tango for 80+ years.

Sin Rumbo is the oldest Tango salon in Buenos Aires, and hosted by one of BA’s most famous milongueros, Julio Dupláa.  He was one of the judges of the Tango World Finals.  And guess who else was there last night?  Alberto Podestá, world-famous tango singer.  Naturally  I forgot to bring my camera (kind of getting over being the tourist, now that I live here), but we’ll be back.

We got there about 11 pm; it was crowded so they sat us at a table with a couple who told us they have been dancing tango since they met (58 years ago!) & married (4 years later!)  They were really friendly and happy to talk to us.  And such good dancers!  No kidding, after all those years… they got a good thing goin’!  So nice to get the local perspective.  Sin Rumbo, despite being world-famous, is just a neighborhood milonga, full of people who know each other well, and still like each other.  The dancers navigated the floor so nicely, no bulldozers or deadhead dancers.  This kind of tango magic we call being connected to our partner, and connected to the music, and connected to everyone else on the dance floor.  Love that feeling of connection. Connection-addiction!  Endorphin-producing connection-addiction!  Like Romeo said to Juliet: Give me my sin again!

please please please write a few lines about how you got addicted to tango.  don’t worry I won’t put your name in!  People are already sending their stories to me, you’re going to love reading this stuff!  Maybe this could be turned into… a book?  a movie?  a comic strip?  I mean, I’m having so much fun doing this, shouldn’t I be getting paid?  In my dreams!   send your words to: <runninghawk.willow@gmail.com>  thanx thanx thanx thanx thanx & etc! 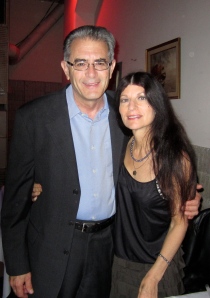 One thought on “Liliana remembers her great-uncle Osvaldo Pugliese”